In many cases simple 1D spectroscopy is not sufficient to make an unambiguous assignment of the different peaks in a spectrum. In such cases, multidimensional correlation experiments (homo- or hetero-nuclear) can be used to substantially remove the overlapping of the different signals in the 1D spectrum by expanding it along a second dimension. A typical example of such a method is the HSQC.  This experiment delivers a two-dimensional spectrum where the proton signals are spread along the 13C frequency axis to show the correlation between directly coupled 1H and 13C nuclei. This method is extremely powerful, as it takes advantage of the large chemical shift of 13C to separate 1H signals along the second dimension. However, multi-dimensional experiments are often time consuming as a large number of steps along the indirect dimension is required to obtain an acceptable resolution. The NUS method makes it possible to sample the indirect dimension in a sparse way, considerably reducing the duration of the experiment, without degrading the f1 resolution. To demonstrate the power of NUS we have implemented it on the multiplicity edited HSQC sequence available in the Spinsolve pulse sequence library. By running this pulse sequence on the Spinsolve 90 MHz we have managed to reduce the time to acquire an HSQC-ME spectrum down to just 2 minutes for a sample concentration of 250 mmolar. The Figure below shows different HSQC-ME experiments acquired on a 250 mmolar Brucine sample with a Spinsolve 90. The graph on the left shows the HSQC-ME acquired with the traditional full sampling using a 256 step grid in the indirect dimension. Such an experiment takes 8 minutes to acquire. In order to reduce the measurement time the number of steps can be reduced for example to 64. This is shown in the middle graph. In this case the measurement time is shortened to two minutes,  but, at the same time, the spectral resolution in the indirect dimension is considerably reduced to the point where overlapping of signals is observed. The graph on the right shows the spectrum acquired with non-uniform sampling setting a 25% sampling density. In this case only 64 of the 256 increments of the full experiment shown on the left are acquired in a semi-random form. In order to reconstruct a spectrum from sparsely acquired data, different methods have been developed. In this case we used a modified iterative soft threshold algorithm. The figure on the right shows that this method can produce an artefact free spectrum in a fraction of the time compared to the standard linear sampling method with a comparable high resolution. 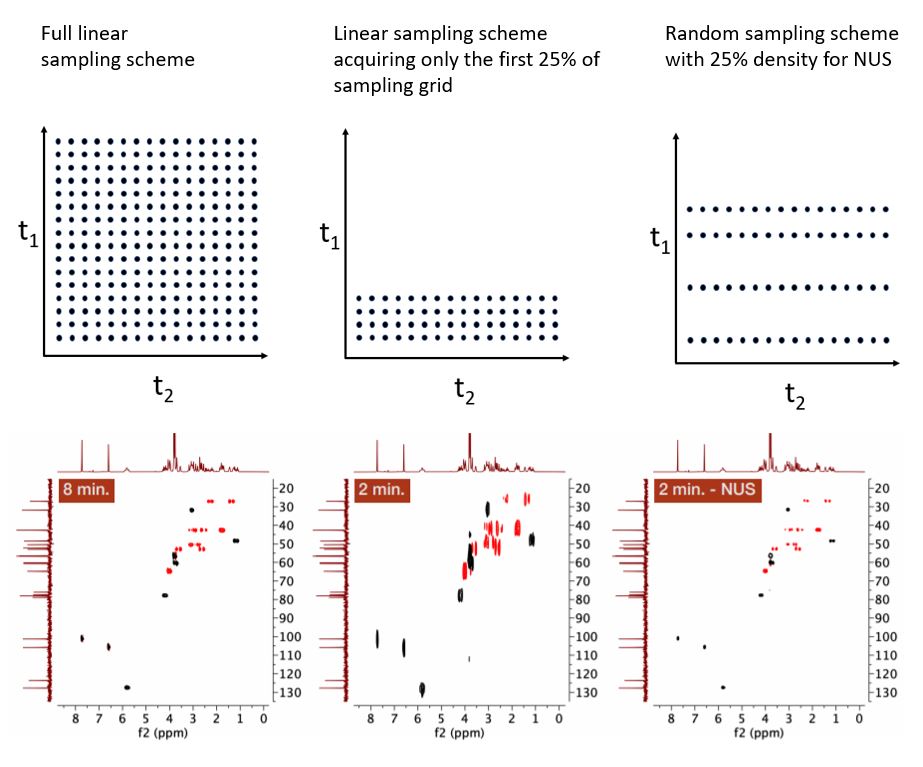 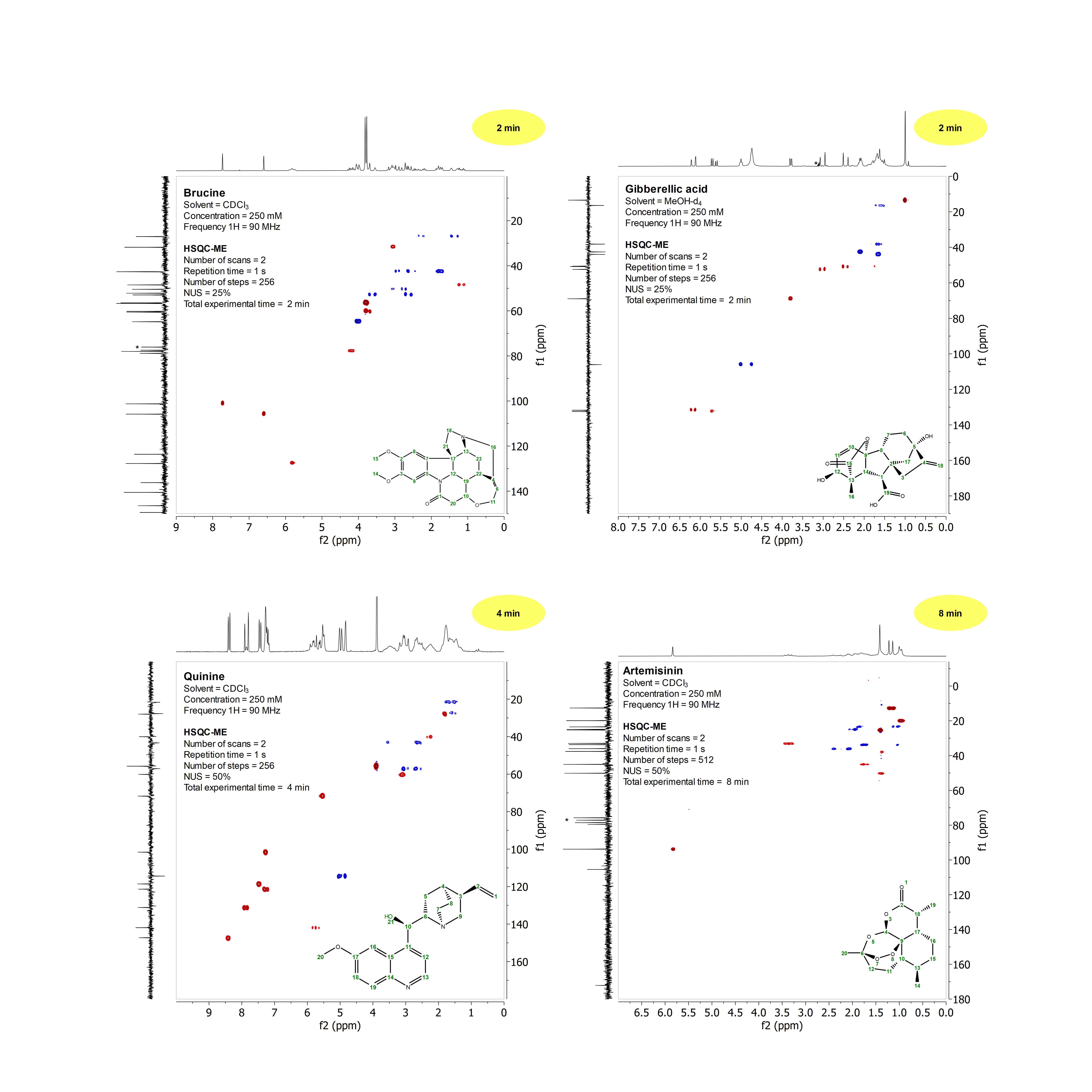