198. High-field and benchtop NMR spectroscopy for the characterization of new psychoactive substances 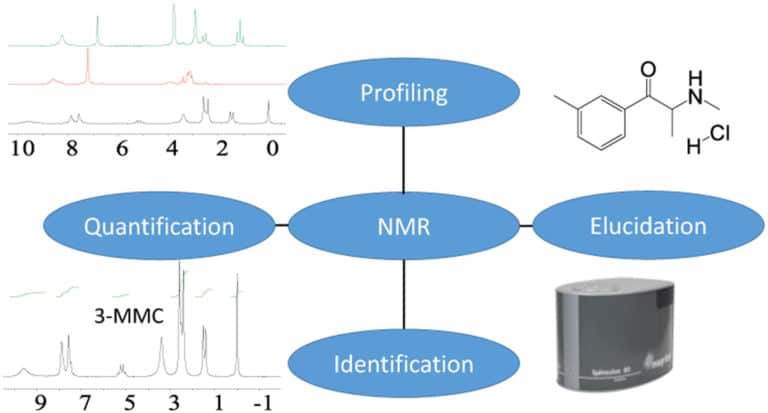 New psychoactive substances (NPS) have become a serious threat to public health in Europe due to their ability to be sold in the street or on the darknet. Regulating NPS is an urgent priority but comes with a number of analytical challenges since they are structurally similar to legal products. A number of analytical techniques can be used for identifying NPS, among which NMR spectroscopy is a gold standard. High field NMR is typically used for structural elucidation in combination with others techniques like GC-MS, Infrared spectroscopy, together with databases. In addition to their strong ability to elucidate molecular structures, high field NMR techniques are the gold standard for quantification without any physical isolation procedure and with a single internal standard. However, high field NMR remains expensive and emerging “benchtop” NMR apparatus which are cheaper and transportable can be considered as valuable alternatives to high field NMR. Indeed, benchtop NMR, which emerged about ten years ago, makes it possible to carry out structural elucidation and quantification of NPS despite the gap in resolution and sensitivity as compared to high field NMR. This review describes recent advances in the field of NMR applied to the characterization of NPS. High-field NMR methods are first described in view of their complementarity with other analytical methods, focusing on both structural and quantitative aspects. The second part of the review highlights how emerging benchtop NMR approaches could act as a game changer in the field of forensics.