There is an interesting effect when you try to measure 13C spectra of fluorinated hydrocarbons. Take for example 1,4-difluorobenzene. This is a benzene molecule where two opposite protons have been replaced by fluorine atoms, as shown by this structure:

There are two different carbon environments in the molecule, one with a proton and one with a fluorine attached to the carbon. So naively, one would expect a proton-decoupled 13C spectrum to consist of a singlet peak for the C-H and a doublet for the C-F, due to the fluorine-carbon coupling.

But wrong! The measured 13C-{1H} (this is the notation for 1H-decoupled 13C) spectrum shows a multiplicity of peaks: 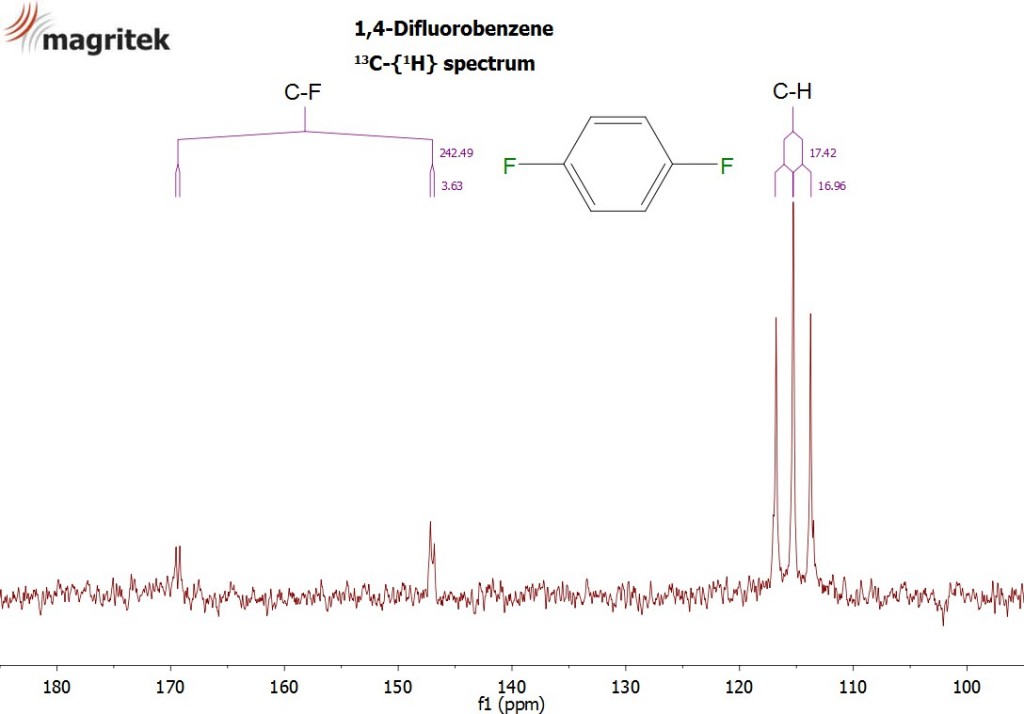 We can identify  a triplet at 115 ppm, with a splitting of 17 Hz. Further downfield we can find a less intense doublet of doublets centred at 158 ppm with coupling constants of 242 and 3.6 Hz.

So where does all this splitting come from? A look in the literature tells us that “standard proton-decoupled 13C spectra for compounds containing both fluorine and protons can be quite complex and difficult to interpret”. (Schilling, JMR 47 (1982)) This is because of the strong and long-range fluorine-carbon couplings. What we are observing in the 13C-{1H} spectrum is the 1-bond (242 Hz), 2-bond (17 Hz) and 4-bond (3.6 Hz) fluorine-carbon coupling.

We should be able to suppress these splittings by decoupling on Fluorine, that is acquire a 13C-{19F} spectrum. The SpinsolveCarbon can do that, this is what it looks like: 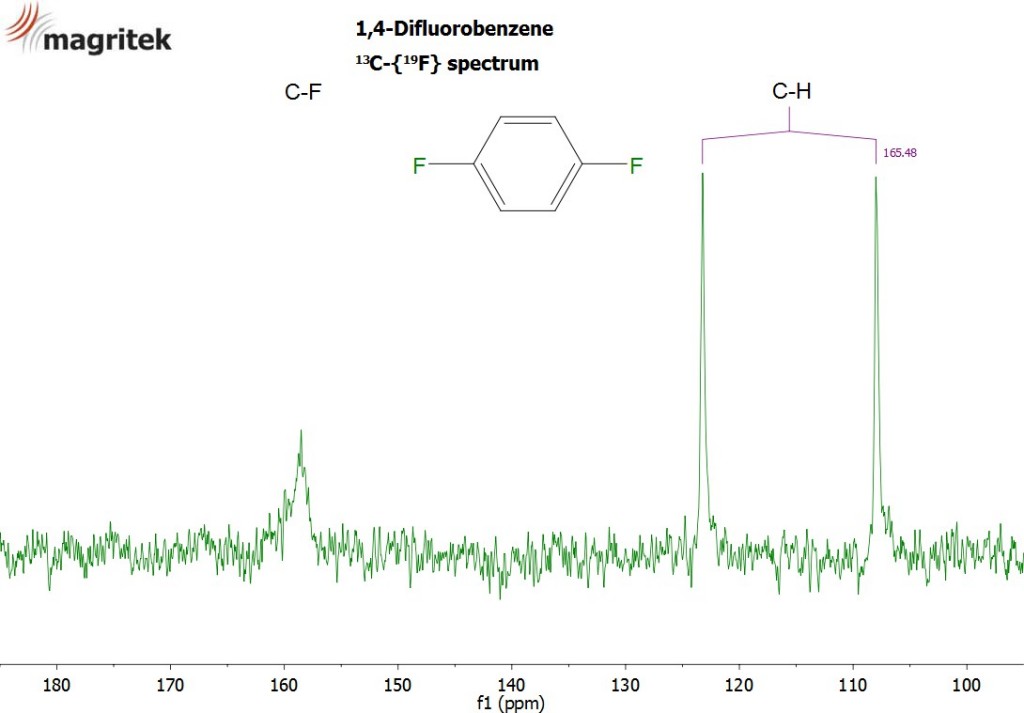 This time, the doublet of doublets collapses into a single peak at 158 ppm (it’s more like a “blob”, but the change from a doublet of doublets is obvious). And the multiplet at 115 ppm has now turned into a doublet with a splitting of 165 Hz. This is typical for one-bond proton-carbon coupling. Essentially we have recorded a proton-undecoupled 13C spectrum. The broadening of the “blob” at 158 Hz is due to the two-bond proton-carbon coupling (around 8 Hz).

So if we have multinuclear couplings, and we decouple on only one nucleus, the spectrum will show couplings of the other, undecoupled, nucleus. If we could only decouple both …

But hold on, we can! Fortunately, at low magnetic fields, the 1H and 19F Larmor frequencies are close enough that we don’t need any fancy stuff like triple-resonance probes. The 13C-{1H, 19F} spectrum looks like this: 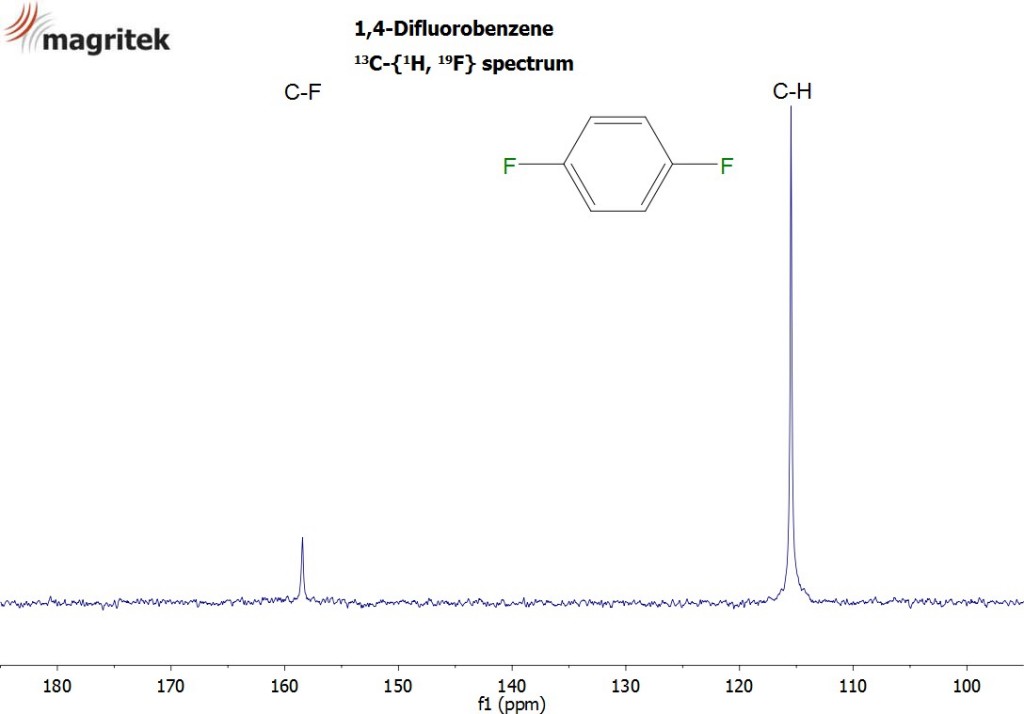 It results in a clean 13C spectrum with two peaks reflecting the two different chemical environments. The C-H peak at 115 ppm is larger for two reasons:

This is just a simple example for a 13C-{1H, 19F} spectrum. More examples can be found in the Spinsolve Example Spectra. Look for molecules where the 1D Fluorine tab entry is set to “yes” and open the 1D Carbon spectrum of that molecule.