Carrier solvents are used to add flavours and aromas to a variety of different foods and drinks. Since they are not considered additives, producers are not required by law to declare them on the ingredients label. Two commonly used carrier solvents are ethanol and propylene glycol (Figure 1) which are used to dissolve the flavour ingredients of the aroma when added to the formulation. These components are not separately declared on the ingredients list as they are part of the aroma. 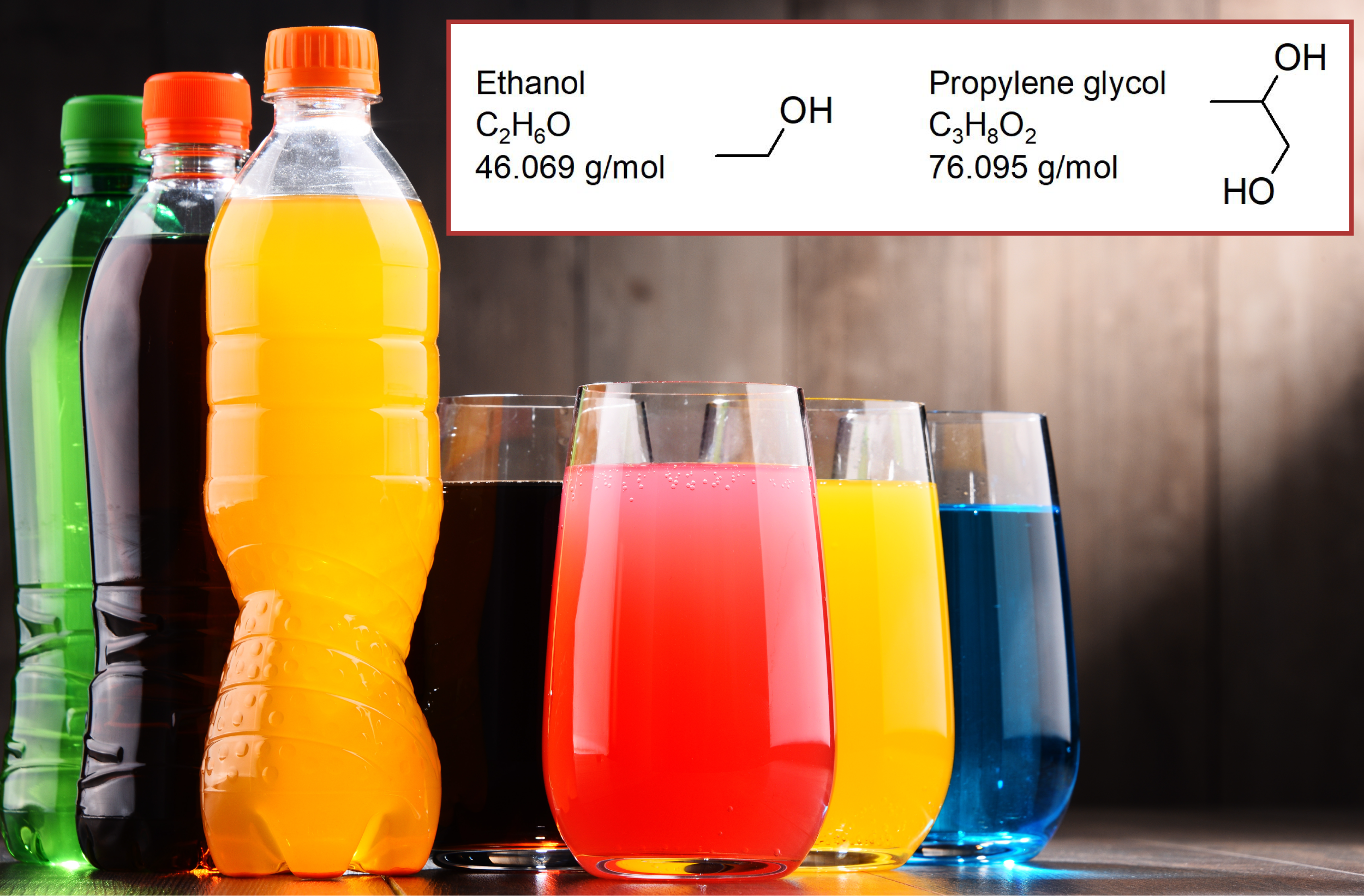 Despite their possible negative effects on human health, we have found relatively large amounts of these two compounds in several soft and energy drinks. Table 1 lists the commercial products analyzed in this study.

Table 1: Overview of the analyzed soft and energy drinks and the concentration of ethanol and propylene glycol.

The 1H NMR spectra of these soft and energy drinks were recorded on a Spinsolve 80 MHz Carbon Ultra system with a WET solvent suppression sequence. No sample preparation except for removing remaining bubbles by shaking was applied. Figures 2 and 3 show the spectra of the energy and soft drinks, respectively. While a number of components can be identified in the different spectra, in this work we focused our attention on the region between 1 and 1.3 ppm (red box in both figures). In this region we can observe the signals of the methyl groups of ethanol (triplet) and propylene glycol (doublet). Although the doublet of propylene glycol overlaps with two of the peaks of ethanol, the left peak of the ethanol triplet appearing at about 1.17 ppm does not overlap and can be beautifully used for quantification. Once the amount of ethanol is known, the concentration of propylene glycol can be calculated as the difference between the total integral and the extrapolated full signal of ethanol. In this work we used pure ethanol as external standard for the quantification. The measured contents of both compounds for each sample are listed on Table 1. 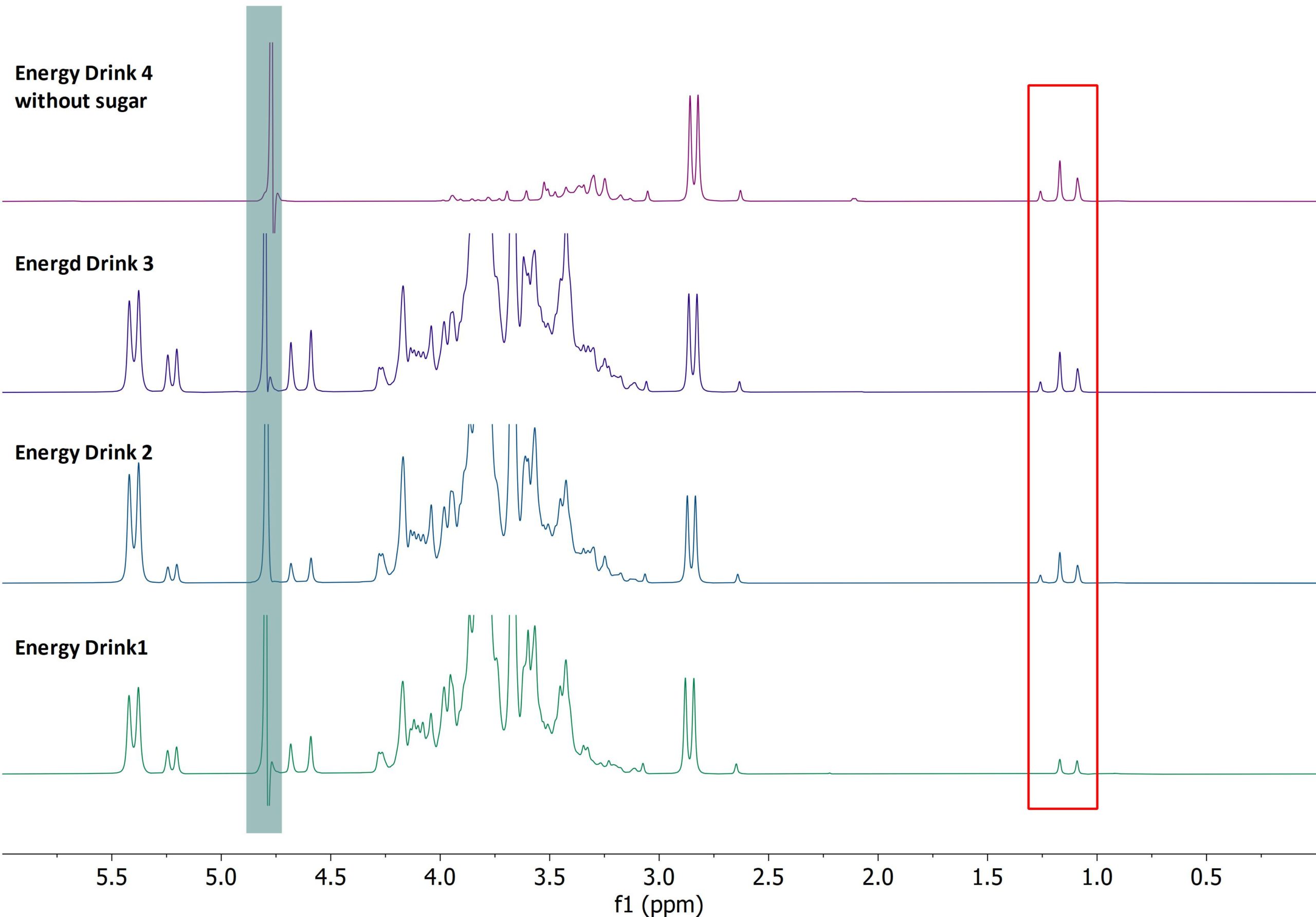 Figure 2: Spectra of the energy drinks. The region where the signals of ethanol and propylene glycol appear in the spectra is marked with a red box. The dark cyan region indicates the residual water signal. 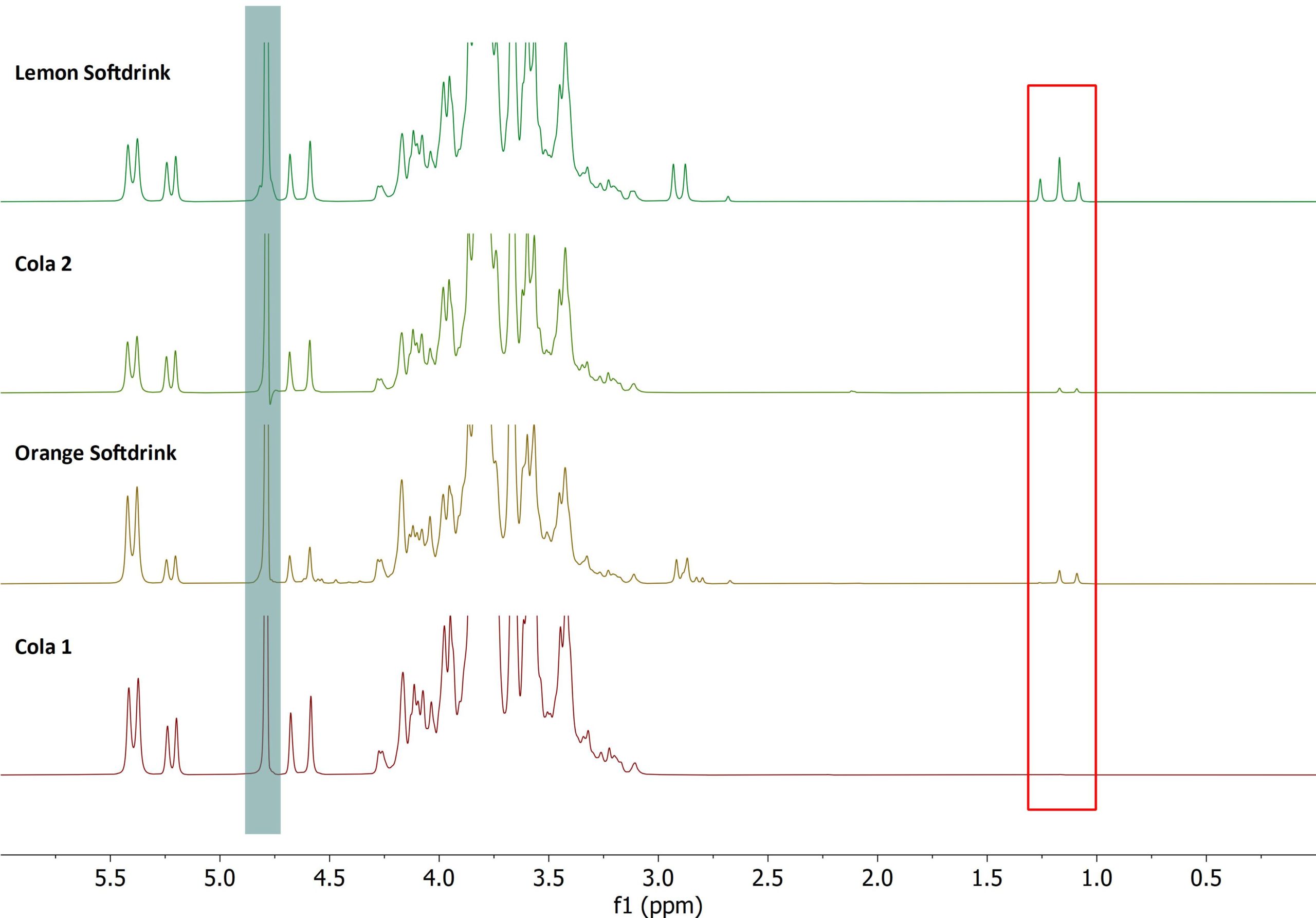 Figure 3: Spectra of the soft drinks. The area where the signals of ethanol and propylene glycol appear in the spectra is marked with a red rectangle. The dark cyan region indicates the residual water signal.

Special thanks go to John Edwards from Process NMR (www.process-nmr.com) for his valuable help to identify some of the components present in the set drinks.