qNMR on samples from the production plant – Quantify multiple analytes without sample preparation in the presence of protonated solvents with a single measurement.

In a previous application note we described the advantages and prerequisites for performing qNMR with an internal standard. However, this method is not easy to implement on samples taken directly from the production line.  In this case, the main complication comes from the fact that the type of sample preparation required to add an internal standard is not always possible in the production environment. Moreover, as samples need to be measured in the presence of protonated solvents, solvent suppression methods are necessary to attenuate the large solvent signals to remove overlapping with the signals of the compounds of interest. Depending on the solvent suppression method, the amplitude of some of the signals in the spectrum may get affected requiring a different calibration strategy. While for conventional experiments a single reference substance is enough, for the general case we propose the use of a reference sample for each compound to be quantified in the sample. By using as external calibrant a sample with a known concentration of the same substance, the effect of the solvent suppression sequence can be eliminated. There are several other cases in which qNMR with internal standard is not applicable, for example in conversion control in large reactors or composition control of screening experiments. Here, one can use qNMR with external standard. In this application note we demonstrate this method exemplary for different mixtures of histidine, sucrose and polysorbate. Different combinations of these three substances are used in many formulations in drug development. Histidine is used as a buffer, polysorbates as surfactants and sucrose as excipient.

For the successful implementation of qNMR with external standards, a set of reference samples with known concentration is needed. For this application note we prepared three reference samples with only histidine, sucrose, and polysorbate 20 dissolved in H2O, respectively. Three mixtures with varying compositions of these three substances in H2O were prepared to demonstrate the high accuracy that can be achieved when the method is implemented on our Spinsolve benchtop NMR spectrometer. To ensure the linearity between the reference samples and the mixtures, all spectra must be recorded with identical parameters (saturation power and frequency, flip angle, repetition time, etc.). All spectra shown in this application note were recorded on a Spinsolve 80 MHz Carbon Ultra spectrometer with 10 s repetition time, 2 dummy scans, 32 scans, 90° flip angle, solvent suppression active on the water peak and a total experimental time of 6 min. Figure 1 shows a stack plot with the proton spectra of the three reference samples and one mixture sample. For the quantification of histidine, the aromatic peaks between 7 and 8 ppm were used, for sucrose the peak at 5.36 ppm and for polysorbate 20 the peak group around 1 ppm. 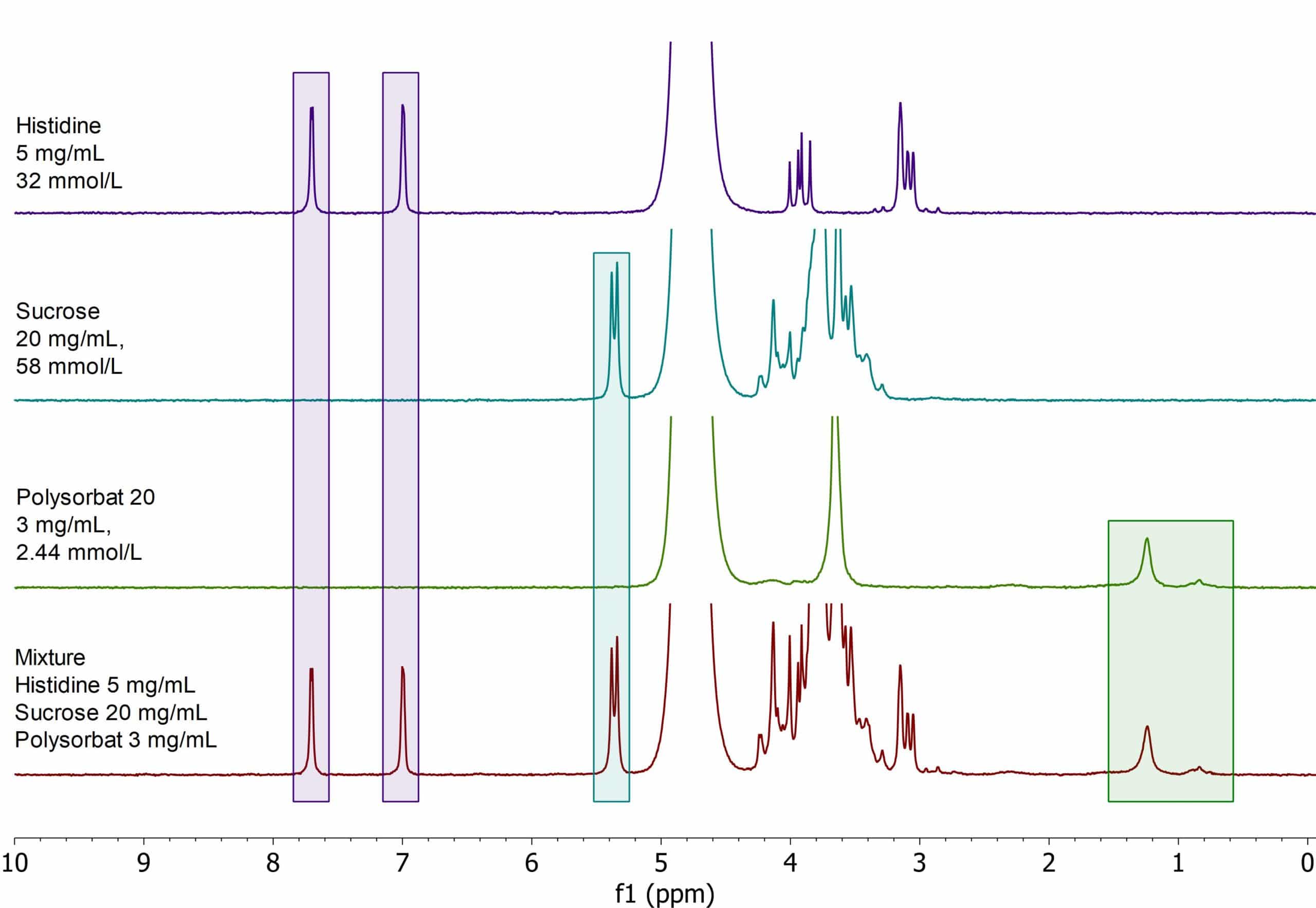 Figure 1:  Stack plot of the three reference spectra and one spectrum of one mixture measured on a Spinsolve™ 80 MHz Carbon Ultra spectrometer.

The three mixture samples contain different amounts of histidine, sucrose and polysorbate 20 as shown in Figure 2. By measuring the samples with the three single substances we obtained three calibration values in form of integral/(mg/mL). With these values we were able to determine the concentrations of the different components in the mixtures. Each mixture sample was measured five times. For histidine there are two peaks that can be used. Figure 3 shows the concentrations determined for both peaks. The mean of the two concentrations are the results for histidine which are shown in Figure 3. 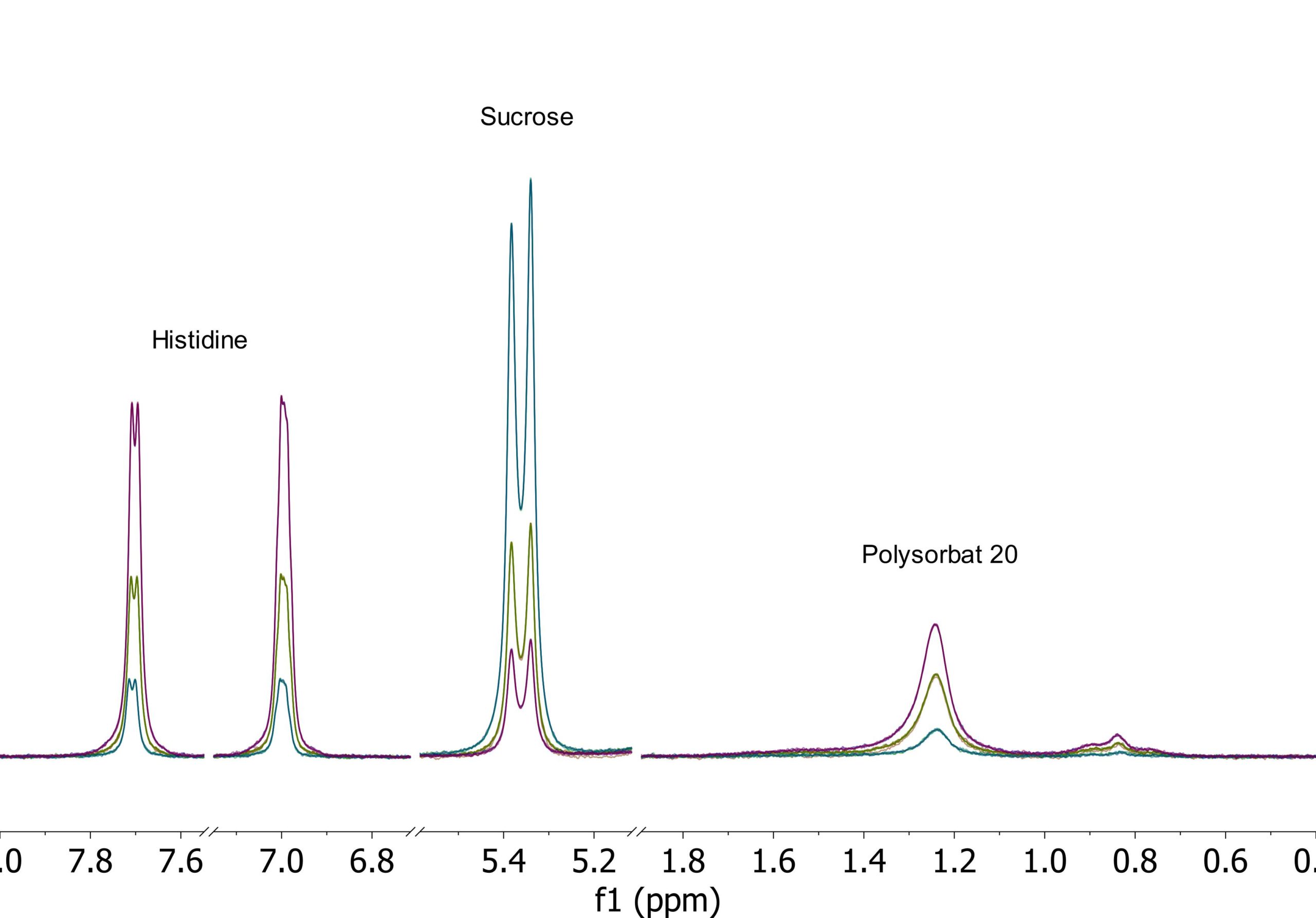 Figure 2: Overlay of three mixture samples showing the different concentrations of histidine, sucrose and polysorbate 20. For each sample the overlay of 5 repeat measurments is displayed in the graph proving the excellent reproducibility of the measurements. 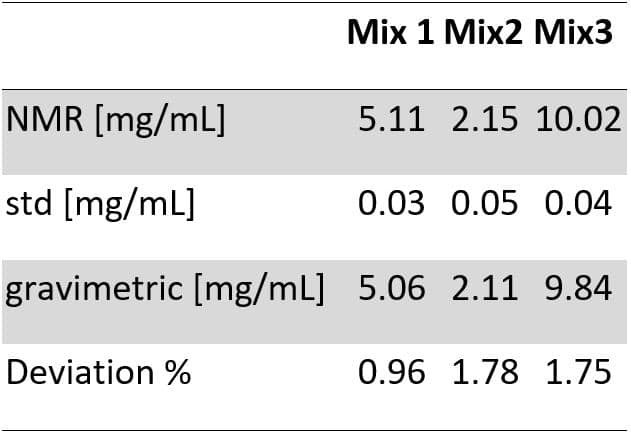 Table 1: Determined concentrations and deviations from the gravimetric value of histidine for the three mix samples.