Ethylene Propylene Diene Monomer (EPDM) is a synthetic terpolymer rubber  prepared from ethylene, propylene, and non-conjugated diene monomers that are incorporated in the polymer chain to enable crosslinking via vulcanization. After polymerization and purification, free diene monomer can remain in the copolymer. Detection and quantification of this monomer is important as it impacts the vulcanization process and with it, the property of the material. The 1H NMR spectrum of the polymer (see Figure 1) shows in the aliphatic region the signals of ethylene and propylene with a ratio n/m = DPPropylene/DPEthylene = 0.87 (neglecting the diene ratio, see Figure 1 for calculation). By zooming in a factor of about 200, the allyl signals can be observed. 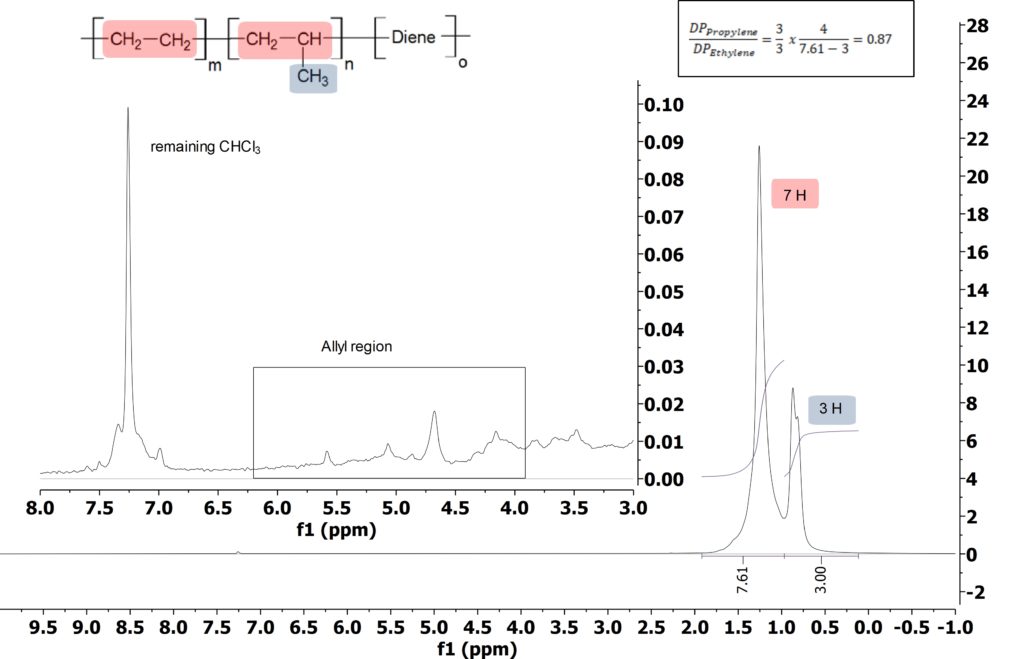 Figure 1:  1H spectra of EPDM in CDCl3 acquired on the Spinsolve 80.

To assign the allyl region a diffusion filter was applied on the EPDM sample. In this way, only the signals of the macromolecules with small diffusion coefficients remain (Figure 2 b). By comparing the spectra with Figure 2a without diffusion filter, the allyl signals of EPDM could be easily assigned (signal s3 in Figure 2). Next, to properly assign the allyl signals of the small molecules, iodine bromide (IBr) was added to the polymer solution. This reactant is well known to react specifically with double bonds. The comparison of the 1H NMR spectra before (Figure 2a) and after (Figure 2c) allows one to unambiguously assign them (see Figure 2, signals marked with vertical lines).

Quantification of free versus bonded allyl protons is then easily performed by integrating the three signals s1, s2, and s3, and calculating the ration of s1+s2 to s3. In our case we obtained a value of 17% of free double bond relative to the total double bond content in the sample (it is assumed, that every signal count for a single 1H). Moreover, it is possible to determine the diene amount in the polymer, ~ 0.02%, which is determined by comparing the integral signal of the diene at 4.7 ppm with the signals of the ethylene and propylene and applying the formula described in the “Determination of copolymer compositions by benchtop NMR”.

From these results we can conclude that, with the help of a diffusion filter, it is possible on a Benchtop NMR to identify the signal of double bonds from the EPDM and free diene. Once the signals have been assigned the free diene content can be determined by simple integration. 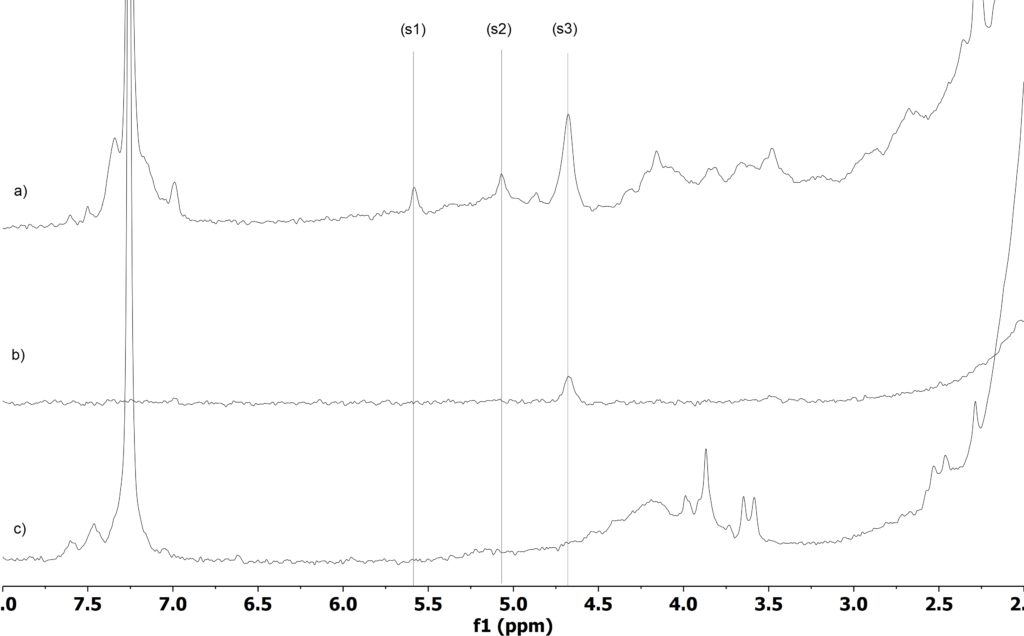 Figure 2: Stack plot of 1D 1H of EPDM before (a), spectrum acquired using a diffusion filter that completely attenuate the signals of fast diffusion molecules (b) and after reaction with IBr. The vertical lines highlight the allyl signals in the spectra (a).

PrevPreviousDetermination of lactose, fat and water content in milk
NextqNMR on samples from the production plant – Quantify multiple analytes without sample preparation in the presence of protonated solvents with a single measurement.Next