In order to combine the properties of different homopolymers it is possible to either synthesize block-copolymers or to make blends of the respective homopolymers. However, in many cases the homopolymers are not miscible and their phases will separate. In contrast block-copolymers which possess a covalent bond between the polymer blocks will not demix, although they show a “microphase separation“.

In the following example we are looking at the combination of polystyrene (PS) and poly(methyl methacrylate) (PMMA).

It is well known that PS and PMMA form immiscible blends for which phase separation has been observed. In contrast, PS-b-PMMA copolymers undergo self-assembly and are used to form periodic nanostructures (like lamellae or cylindrical microdomains).

The 1D 1H spectrum can distinguish signals of PMMA and PS and the ratio of the polymer units can be determined. In the case of the PS-b-PMMA copolymer (figure 1) a PMMA/PS ratio of 1.13 is obtained. Please have a look at one of our previous blogposts to learn more about the measurements of copolymer ratios. 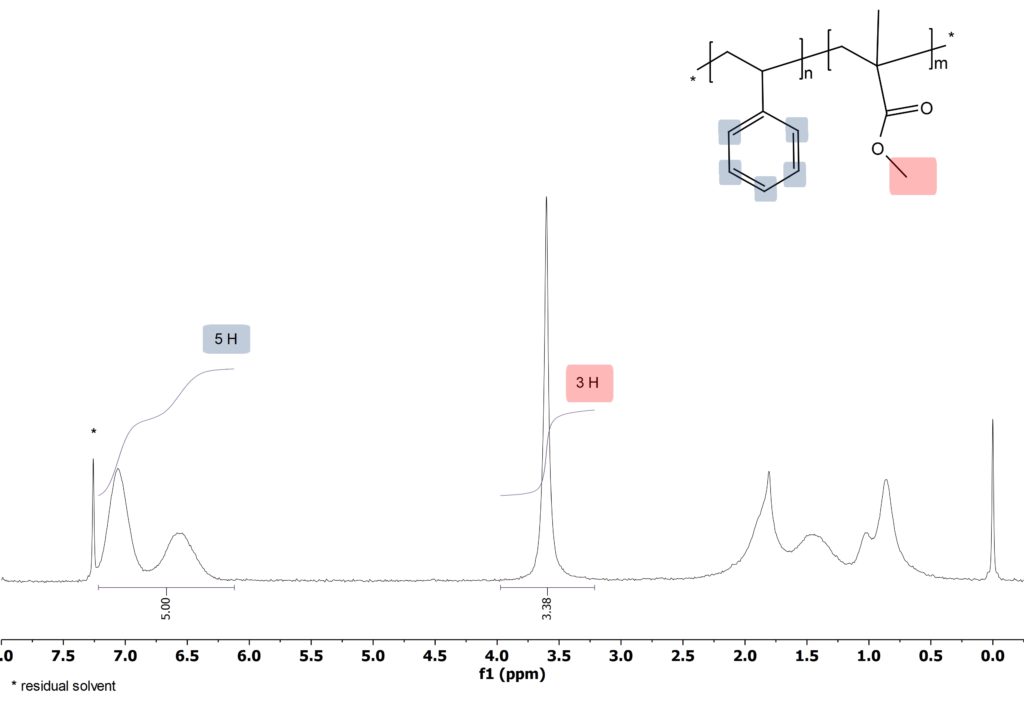 Figure 1: 1D 1H spectrum of PS-b-PMMA acquired on the Spinsolve 80.

However, with a 1D Spectrum it is typically not possible to distinguish between blends and the corresponding copolymer as back bone signals will be the same. To distinguish between blends and polymers one can make use of the fact that the diffusion coefficients of the polymers will be different. In NMR Pulsed Field Gradients (PFG) can be used to measure the different self-diffusion coefficients. This type of experiments is referred to as Diffusion Ordered SpectroscopY (DOSY). Please have a look at our previous blogpost on DOSY.

In a further example we mixed the copolymer with one of the homopolymers. As shown in figure 2c for a mixture of PS-b-PMMA and PMMA, the DOSY spectrum reveals two signals on the horizontal line from the copolymer PS-b-PMMA (D = 1.16 10-10 m2 s-1) and an additional signal of PMMA corresponding to the faster diffusing homopolymer (D = 3.30 10-10 m2 s-1). 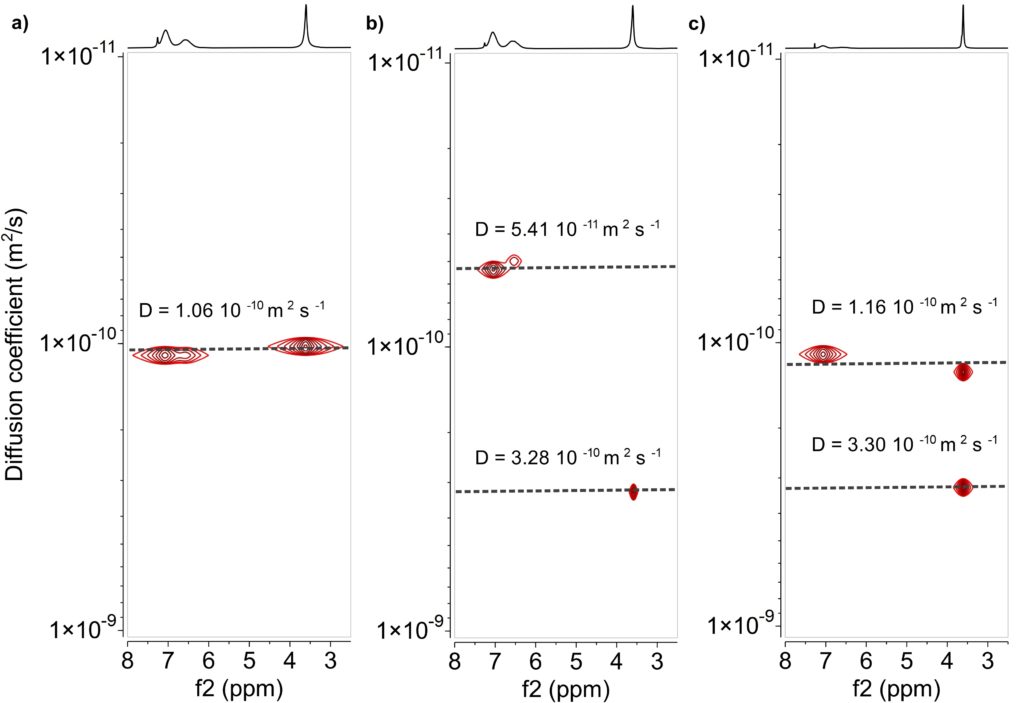 If you want to know more about the basics of diffusion measurements and the applications of pulsed field gradients, please have a look on our series of posts on “Gradients in NMR spectroscopy”

Gradients in NMR Spectroscopy – Part 4: A short Intermezzo on Diffusion